If there was an award for most hated platform among bloggers, there’s no doubt Twitter would be a top contender. And I know – sometimes as we’re follow/unfollowed by the same person 7 times in a day, it’s easy to lose faith that this platform serves any purpose. BUT, I assure you: Twitter can be engaging and fun.

You just need to do it right, and that’s today’s mission.

The following tips have helped me maintain some decent engagement on my Tweets. Remember though, every audience is different, so I suggest experimenting until you find something that clicks and make your fans go wild (or at least, throw you a sympathy like).

HELPFUL HINT: Look at people who are killing it on Twitter, like your favourite celebrities to follow for instance. What are they posting? What makes them different? It doesn’t always have to be link drops! Take notes and think about how this can be used to grow your own account.

Remember, Twitter is not an excuse to become a sad robot. One of the biggest problems I’ve noticed (particularly with bloggers) is that they populate their feeds with bland, generic tweets, specifically ones that are automated or pre-written by the site’s share button plugin.

But think about it: why be boring and beige when you can be a rainbow unicorn that pukes greatness?! What has worked wonders for me on Twitter is axing auto tweets completely and speaking like a human again. It sounds basic, but it works. For instance, the tweet below COULD have just read “Inside the Secret World of Bucharest: Beautiful Must-Sees | Happy to Wander [LINK]”. *yawn* I know… we’re all asleep, and I sound like a robotic serial killer. Instead, this is a jazzier version that did quite well:

There’s SO much hidden beauty to explore in Bucharest. Here’s a guide on where to find it ? #ExperienceBucharest https://t.co/T0NxlIPwqG pic.twitter.com/XOe8w702NE

Twitter feeds move freakishly quick, which means unless your content stands out, it gets buried faster than my diet at Dairy Queen.

Attaching an eye-catching photo will almost always capture attention faster than a few lines of text, especially for visual niches like travel. SO, experiment with attaching nice photos to your link posts, or even just posting pretty photos from time to time, without that cheeky link drop. The times I’ve done this have often been my most engaging tweets.

NOTE: Installing Twitter cards will help add a visual to your tweets automatically (usually your featured photo). That said, for some reason my photo tweets do much better than the ones with just Twitter cards. Such is the weird witchcraft of the Internet. I recommend trying some A/B testing to see what works for your audience. Read more about Twitter cards here.

One of the most underrated countries in the world! Here’s 21 incredible photos of Bosnia & Herzgovina: https://t.co/EQ6E4vGjsX pic.twitter.com/YTU39x3ap9

I don’t wanna sound like a friend trying to coax you out of a bad relationship, but guuuurl you gotta have standards.

There are some really great accounts that I see retweeting anything that mentions them, or pretty much any random thing. Remember: retweets, at the end of the day, hold just as much weight as a Tweet. They occupy the same amount of real estate on both your feed and your followers’ feeds, so hand out those retweets sparingly. For times when you want to acknowledge others without spamming everyone that follows you, leave a thoughtful reply instead.

I’m not a snob when it comes to reciprocal participation threads… you know, the ones in groups that operate on a “you scratch my back, I’ll scratch yours” sorta mentality. I think they work well for Pinterest especially, but to be honest, where I don’t see their value is Twitter.

As I mentioned before, a large number of spammy retweets look tacky, and if your whole profile is full of them, especially from the same people repeatedly, it becomes quite obvious what you’re doing. Especially for me, because I see Twitter more as a branding tool than a traffic driver, it makes me cringe if my profile is full of lame tweets, posted out of sheer obligation.

NOTE: I love being proven wrong! If you have proof that these retweet threads work, please chime in in the comments. I will send you a virtual hug and a bouquet of retweets 😉

This has been a to-do item for me since forever, but I still haven’t gotten around to it… that said, if you want to make Twitter manageable, you gotta take advantage of lists!

Twitter lists allow you to curate users and organize them into groups (e.g. Travel Bloggers, Real Life Friends, News, etc.) That way, you can just browse your feed via one of these lists to get the kind of information you feel like consuming. Let’s say you’re looking for good travel content to retweet, then you can look at your feed from “Favourite Travel Bloggers” and pick from there. OR, if you’re fishing for funny memes to share, why not scroll through your “Best Memes” list?

If you’re wary of following too many people because of how messy your feed can get, this is one easy solution. Now if only they rolled this out for Instagram, amirite?

I’ve done a few Twitter chats before, and have found that they’re really great ways to engage with people and actually have your tweets seen! At the very least, you’ll have a host or two who are in charge of engaging with everyone, so it’s a sure remedy for feeling like a friendless Twitter loser.

After all, one of the best ways to build relationships on Twitter is well… having conversations, and Twitter chats are made specifically for that purpose. Using chat hashtags is also a great way to get your content to a more targeted group of people.

Looking for chats to jump in on? Check out bloggers in your niche and see what hashtags/chats they’re joining in on. Of course, Google is also your best friend 😉 For my fellow travel bloggers, here’s a great list of travel-related chats.

Try to make things more personal – offer something that you don’t on any of your other platforms.

This is something I’m constantly trying to work on.

Remember that thing I said earlier about soulless robots on Twitter? That’s what it seems like when all you do is share article titles + their links, without any additional commentary. You know the kind I mean… “10 places to visit in Donutland… LINK.” I mean, sure it’s straightforward, but it’s also kind of boring. In an ideal world, people will follow you because they like your opinions and what you have to say. SO, try to mix things up. Remind people that you’re human and worth following.

And don’t be afraid to experiment with this! I’m sure many of you will get a kick out of this epic Twitter fail of mine, prompted last week when I was like “let’s make my feed more personal.” For some reason, my solution for that was to throw out a random tweet about RSVPing yes to corgi meet-up this Saturday, despite not owning a corgi (true story). What did I hear? Not corgis, but CRICKETS. It was so embarrassing. It was the quickest #shamedelete in the history of tweets. The point is, you need to play around with what works for your audience.

… clearly for me, that’s not corgis.

Make smart use of scheduling!

As with most “chore-like” things on a blogger’s to-do list, one easy way to minimize mental breakdowns is scheduling. As much as possible, I like to use Buffer to schedule my Tweets so I can leave them on autopilot. On days when I’m ultra productive, I’ll have a full queue on Twitter and feel like the absolute goddess of productivity. I’ll then spend the next 3 hours aimlessly “Internet-ing” as a treat, but nobody needs to know that.

So there you go – 8 simple tips for improving your Twitter. Which did you find the most helpful? Let us know in the comments! 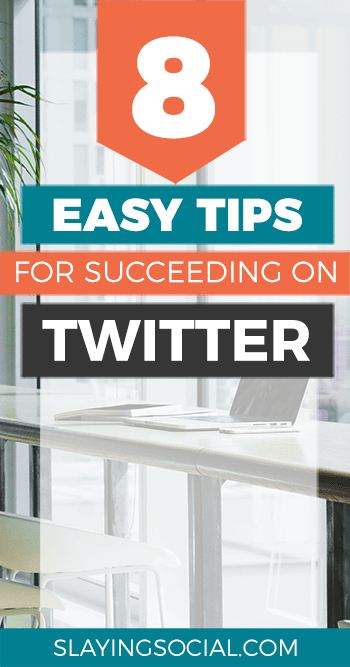 2 thoughts on “8 Easy Tips for Slaying Your Twitter Game”